We generally know what to do with common spices and dried herbs like oregano, basil, cumin and cayenne. But when it comes to unique spices we have not heard of before, spices that seem difficult to incorporate into meals or spices that seem like they have one use, it can be challenging to decode their place in our food or get experimental with them.

Exploring new flavors with less common spices can be a fun and exciting way to travel the world through your dinnertime meals, all you need is a little guidance in the right direction. This is why we’ve decided to put together a list of five spices that we thought might peak your interest and give you some ideas on where to add them next time you pull them out of your spice cabinet or dispense them from your TasteTro.

The Art of Homemade Salad Dressings

Looking for a healthier alternative to store-bought salad dressings that you can make on the spot with staple ingredients from your fridge and pantry? We are too! That’s why we came up with this simple and easy tutorial on how to go about incorporating homemade dressings into your weekly meals.

There are two types of dressing: 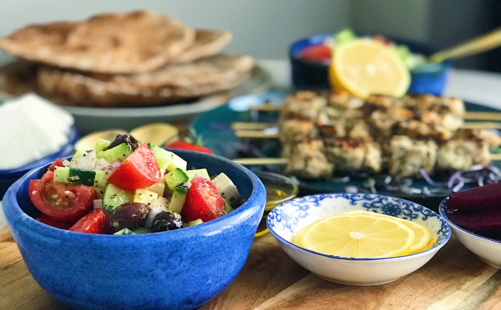 From the grills of the Mediterranean to the tandoors of India, TasteTro has a little something to offer everyone. Our global cuisine spice blends and recipes showcase the vast flavor options available to TasteTro explorers. We wanted to take the time to speak to some of the global cuisines we are covering with the launch of the TasteTro Spice System.

With the cool, moist air of Porto to the hot dessert-like climate of Lagos, Portugal has a phenomenal food culture that dates back to the 15thcentury when spice trade routes were beginning to form. As the Portuguese empire began to expand to South America, the coasts of Africa, India and South East Asia, Portuguese food culture began to expand in itself. The addition of spices and exotic ingredients from newly established colonies began to change the face of Portuguese food. Hot chilis, paprika, bay leaves and garlic were some of the aromatics used in Portuguese cuisine and are still used to this day. They can be seen in classic dishes like chicken piri-piri or feijoada.

Italy’s cuisine is described as simple, fresh and only uses four main ingredients to comprise a dish. Its roots date back to the 4thcentury after the fall of the Roman Empire. With Neapolitan pizza from Naples and risotto from Milan, the country’s cuisine is vastly different from region to region. Northern Italian food has Germanic and Roman roots while the south has Arabic and Mediterranean influence that can be seen in dishes such as lasagna. Italian cuisine is heavily herb based and uses very little spice. Classics that use a healthy amount of herbs such as Bolognese sauce or chicken parmigiana were the recipes that we opted for when we were creating the first 100 recipes. 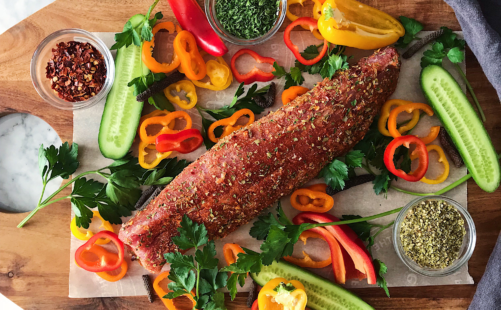 Barbecuing is one of the best parts of summer. There’s nothing better than the smell of smoky barbecue running through the humid mid-summer air while the kids run through the sprinkler and you are enjoying an ice-cold beer with bae. But what about all of the unhealthy aspects of barbecuing like carcinogens?… Eeek! Those don’t sound good! Carcinogen can cause cancer in living tissue. Way to put a bummer on grilling. We have a few tips to help you avoid those nasty little suckers so that you can continue enjoying your ice-cold beer while you watch the kids wipeout on the wet grass. #parentproblems